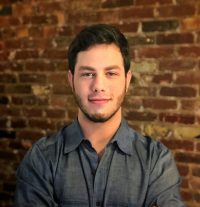 A relatively recent Penn grad, Ian Cohen SAS ’14 has already felt the impact of his PennPAC service on his career. More specifically, he credits the opportunity to take charge on various projects that have expanded his leadership reach as having a positive influence on his role as an Associate in Accounting at Goldman Sachs. Starting as a volunteer consultant in 2016, Ian has since served in leadership roles on two other consulting projects; he was Team Leader for The LAMP and Deputy Team Leader for Pace University.

With a strong finance background, Ian has used his financial acumen to help companies and organizations capture millions in revenue. Through his role on The LAMP project, Ian and his team worked to provide the organization with a better way to calculate organizational expenses and thereby more accurately price out various proposals. This pricing tool has been a valuable asset for The LAMP since its completion. More recently, Ian worked closely with his team to generate over $4 million in new revenue for Pace University due to an increase in summer housing occupancy from 15% to 75%. The additional revenue has positively impacted all stakeholders in the university.

Going forward, Ian sees his involvement in PennPAC as a long-term commitment and feels that PennPAC taps into the true essence of what the Penn community is all about. He says Penn alumni want to make an impact in a no-nonsense way, demonstrate they can bring value to an organization, while fostering a connection with the community. For Ian, his experiences with the organization have reaffirmed his confidence in his skill sets and the value he can bring, not only to nonprofits, but to any business.