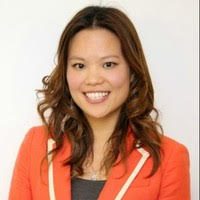 As a Global Program Manager at Amazon, Caroline Lau SAS ‘06/Eng ’06 “designs, builds, scales and streamlines products to deliver delightful customer experiences and improve the lives of others,” she explains. Caroline has successfully transferred these same skills that have generated unprecedented revenue at Amazon to create value for organizations such as Renaissance Youth Center, as a PennPAC volunteer!

Most recently, Caroline served as Deputy Team Leader for the ITAC project, which provided the manufacturing industry organization with a web redesign strategy, inclusive of an updated design, positioning, and messaging. However, she credits her first foray with PennPAC as being among the most rewarding.

During her tenure as a volunteer consultant on the Renaissance Youth Center (RYC) project, Caroline and her team were tasked with helping the organization to articulate its value proposition. Rather than simply recommend strategies, the team empowered the organization to identify its own voice and helped with the operational efficiency, creating administrative support that could sustain the growing organization. Subsequently, RYC was able to increase its program capacity threefold as a result! That’s a lot more programming for South Bronx youth. And, in creating a set of best practices on marketing to appeal to donors and collaborators alike, RYC changed its messaging in grant applications to distinguish itself from its peers and funding increased by hundreds of thousands of dollars.

Consequently, the impact was felt throughout the organization from the top down. RYC’s Executive Director, Bervin Harris, praised the team’s work, stating many times that “the engagement completely changed the trajectory of the organization.”

And, the benefits have extended both directions. Caroline notes she has reaped the benefits of engaging with PennPAC in personal and professional ways. It has given her the opportunity to stay in touch with the Penn community by working alongside alumni who share her values of service and impact. She learned how to intrinsically inspire and motivate a team around a vision. Moreover, professionally, PennPAC has given Caroline the confidence to take on stretch assignments and challenge herself in ways that may not be possible in her existing role. She is convinced that her PennPAC experiences will allow her to derive rewards in her career for years to come.