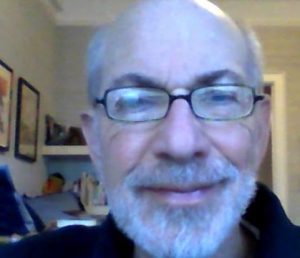 Jerry Rothstein, a Wharton MBA and former Wall Street equity research analyst retired eight years ago. Like many retirees who are interested in leveraging their skills and brainpower, he sought volunteer opportunities to put his background to work. When he received an email about PennPAC, he was instantly interested in applying to volunteer. He saw the opportunity to not only help nonprofits, but also help reinforce Penn alumni’s commitment to service.

In his four years with PennPAC, Jerry has served as a pro bono consultant on three projects and volunteered at two ImPACt events. One of his favorite consulting efforts was helping Jumpstart, a nonprofit that provides language, literacy, and social-emotional programming for preschool children from under-resourced communities, to improve their marketing. The Executive Director of Jumpstart, Kerri Osborne, was incredibly appreciative, explaining that the work of Jerry and his team “provided Jumpstart with invaluable information that will strengthen our ability to connect with key constituents and improve our ability to engage them. We could not have managed to complete the analysis and recommendations this year due to limited capacity. PennPAC made this possible for Jumpstart and energized our team.”

Jerry explains that in his experience, pro bono consulting with “PennPAC is not extremely time consuming but offers great rewards.” He has found satisfaction in the process of helping organizations become more effective and enjoys the multi-generational teams. “One of the nicest things about working with other Penn alums”, he noted, “was discovering that alumni of several different generations get along very well, and that much younger alums interact with older alums in a positive way.” To anyone considering volunteering for PennPAC, Jerry would like you to know that “the experience offers a high return on the time and commitment.”